How to Incorporate Social Media into Digital Signage

There is no denying it; social media is popular! Research from Hootsuite estimates that 4.2 billion people worldwide use it. And let's face it, social media is a daily time drain for many people, with research indicating an average of 144 minutes spent on it each day. So what does this mean for your business? How can you integrate social media into other communications channels like digital signage? Provides evidence Integrating social media feeds into digital signage promotes openness and builds trust. It gives honest opinions on items and services. According to studies, 44.8 percent of internet users utilize social media to investigate products. They're also more prone to believe earned media like reviews and recommendations, as well as overpaid advertising and other forms of media. Incorporating content from influencers' social media accounts on digital signage also has a good impact. Interaction is increased. Sharing social media posts on digital signage boosts conversation and brand engagement. For example, 91% of people who follow a company on social media go to their website or app. Take into account the type of social media content that is displayed on digital signs. Images and video, for example, generally receive more interaction than plain text. 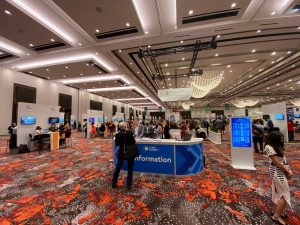 Employee morale is improved. While some employees are likely to follow a company's social media accounts, this is unlikely to be the case for everyone. Using firm digital signage to display client accolades from social media boosts morale and appreciation. It also aids staff in comprehending a customer's experience with the company's products or services, which could lead to new product ideas or service and process improvements. Content that is cost-effective With user-generated content, you can save time and money when publishing postings. Automate client social media postings and photographs with corporate material to keep digital signage fresh. Before displaying on digital signs, make sure to screen social media feeds for objectionable remarks or photos.